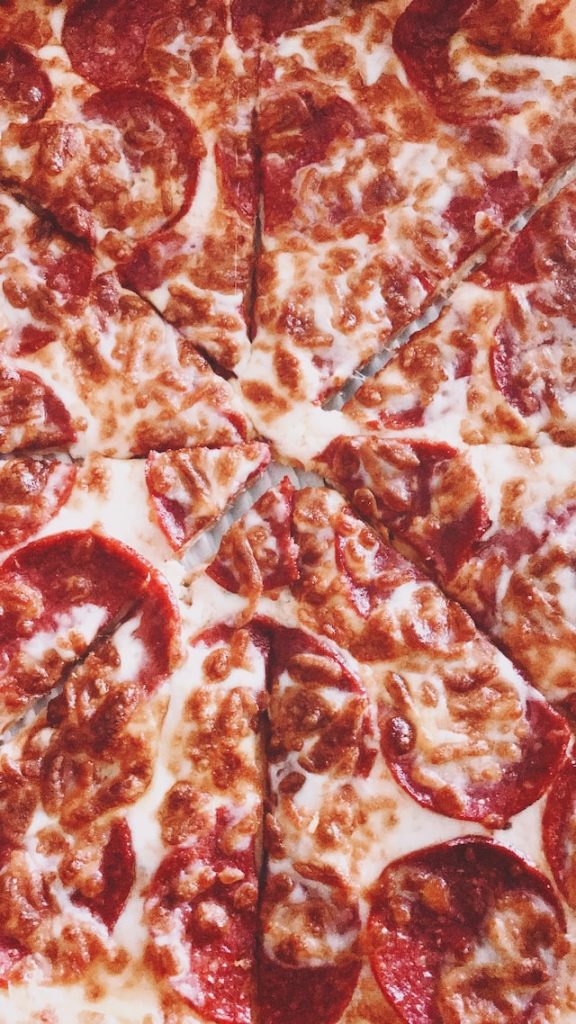 Pizza has to be the best alternative holiday food. Pizza is always the best option during the busiest time of the year. Why? Well, there are a lot of reasons! That is why Toarmina’s going to explain why pizza is such a fantastic holiday food!

When it comes to the holidays, having food that is easy to serve is always a bonus. Whether you are at a party or shopping for holiday gifts, portable food is ideal. Something that you can grab and continue on to your regularly scheduled activities. For parties, guests can just tear a piece off and eat wherever they want. Furthermore, you can also prep servings ahead of time so people can just grab plates. It also helps that pizza is not messy, making it easier to consume.

While having a personal-size pizza is great, pizza is made to serve multiple people. There is a reason why people get this beloved Italian dish for parties all year long. The holidays are no exception. During this season, people are going to large gatherings to celebrate the holidays!

The biggest reason why pizza is an amazing holiday food is that everyone likes it. Well, that’s a bit of a generalization but pizza is so customizable that it’s hard to argue with it. Adults and children are able to get whatever toppings they want. And even if someone doesn’t like pizza itself, the majority of pizzerias have other food options outside the beloved Italian dish! That means getting a pie is a safe option for holiday parties, even if it’s just a supplement to traditional holiday fare.

Pizza is the ultimate alternative holiday food. That is why you should be ordering Toarmina’s pizza this holiday season. Toarmina’s is the home of the 24″ pizza, making idea for social gatherings! You can get such a large pizza for office parties and regular holiday events. Do some guests don’t like pizza? Don’t worry! Toarmina’s has an extensive menu that includes over-baked subs, salads, calzones, and so much more! Toarmina’s Pizza has locations in Taylor, Romulus, and other Michigan cities! So, order a warm pie today! Don’t forget to take advantage of our coupons as well!

Ready to pregame with some Toarmina’s tailgate parties? College and NFL football are already underway. Most people like to pregame before the official game begins by having parties. Tailgating is one of the best ways to get excited. Nothing is better than arriving at the stadium early and having a full-blown party at the back of your car. It allows extroverts to socialize while introverts can recharge in the car before being in a crowd of people. Even though plenty of people grill at their tailgate locations, pizza is the better option. Here’s why!

When people think of tailgate parties, the idea of grilling burgers and hot dogs. People will haul charcoal, portable grills, and other items just to make them. However, transporting all of those items can be a challenge. After all, if you don’t store the meat properly you can run the risk of foodborne illness. In addition, there are a lot of mistakes that can be made during the grilling process. People often overuse lighter fuel, leading to flare-ups during the cooking process.

Some people keep the portable grill too close to the car, damaging the car. Also, tailgaters can level the grill unattended. Most grillmasters know that it’s never safe to take your eyes off the fire. However, a fun party can distract people and leave people at risk for potential problems.

Clean-up can be more problematic. The majority of people do not properly dispose of hot coals. In order to safely dispose of charcoal, the coals have to be suffocated for 48 hours or doused with water to extinguish the heat.  If you do not use either of the methods, you run the risk of a potential grease fire that could endanger other tailgaters when you dump the coals. So, even if you add other grill-cooked foods, you still have to deal with all of the above. However, you can avoid that entirely with pizza.

Pizza is the unsung hero for tailgate parties. So, pick a Toarmina’s Pizza location near you and get your party started! There are three reasons why pizza is always the default food for parties. Those three are:

In addition to being a delicious Italian cuisine irresistible, it’s a cost-conscious option. You can serve a large number of people with a few pizzas. Furthermore, pizza is less likely to go to waste because people can get a slice at their own discretion. The portability of pizza is the biggest appeal. While other party dishes are difficult to transport, pizza boxes can be stacked and carried anywhere. Buying a couple of pizzas with different toppings and putting them in the car allows you to cater your tailgate party without a major hassle.

Get Your Tailgate Pizza at Toarmina’s in Romulus

Going to a Lions or U of M football game? Toarmina’s Pizza in Romulus is conveniently located between Detroit and Ann Arbor on Merriman Road just off the I-94 freeway. So stop by and get a couple of stacks! Toarmina’s is home to the 24-inch pizza, allowing you to serve more slices than other pizzas. Our Romulus stores’ menu has a large selection of pizza types from classic pepperoni to unique toppings like steak and cheese.  You can also Order Online in advance! In addition, we have more than just pizza.

Toarmina’s also has oven-baked subs, salads, bread, calzones, dinners, and wings. Meaning you can provide a large variety for your tailgate party! You can even order off the Ala Carte Party menu allowing you easily supply your tailgate party with delicious food! 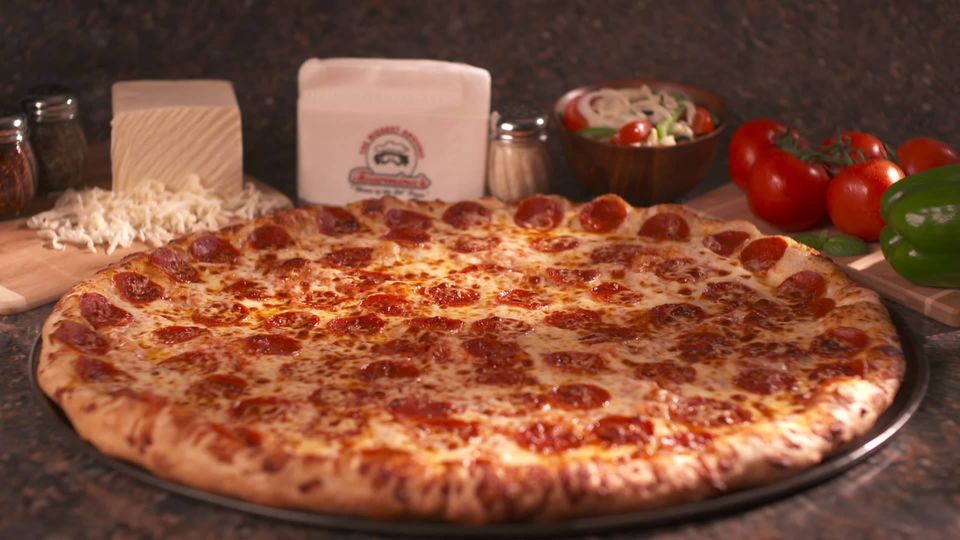 Downriver, is a term used to describe an area of Michigan that is well, downriver of Detroit. This area can consist of up to 18 cities from Allen Park to Wyandotte.  There was a stigma attached to the name but over time everyone has grown to accept it. If you want great-tasting pizza downriver, you should visit Toarmina’s Pizza!